From sacred to profane The Hottentot Venus effect – Naturism,nudism and clothes free living African Americans and the clothes free community

“If anything is sacred, the human body is sacred” -Walt Whitman I Sing the Body Electric

In many ways the next chapter in the clothes free history of Africans and their descendants in Europe and the Americas could be described as a journey from the sacred to the profane. The cultural and religious values of European colonists judged the natural, logical states of dress of the indigenous Africans to be profane, barbaric, savage and uncivilized. The colonial era and the accompanying slave trade which brought Africans into contact with Europeans who had a limited view of the world, amplified this perspective. The European populous was exposed to body shapes and skin color they had never seen before.

Her “unusual” physical characteristics though not unnatural for Khoisan (Khoikhoi) women were considered freakish by Europeans in London and then Paris. Many African-American women will recognize the body shape that was such a curiosity to the European gaze.

The learned and not so learned people saw these unfamiliar bodies with a European eye for what was considered normal. Normal bodies had a particular shape, normal bodies had a certain skin color, normal bodies had certain characteristics of hair, eyes, nose, and mouth. The resultant impact was the dehumanizing and fetishizing of the African body. I have dubbed this the Hottenthot Venus effect in remembrance of Sarah Baartman, the so called Hottentot Venus. The term Hottentot Venus expresses the disturbing duality of the African body as viewed through European eyes. The term hottentot was a disparaging term used to describe to the Khoisan people by the Afrikaans colonizers who used it to mock the sounds made by the Khoisan in their language. Venus to any student of European culture is known as the epitome of beauty, the standard by which all women were judged.

Sarah Baartman represents a vivid historical example of the “Hottentot Venus” effect and its male corollary the “Mandingo” effect. Sarah Baartman was a 20-year-old South African from the Khoisan people. Her “unusual” physical characteristics though not unnatural for Khoisan (Khoikhoi) women were considered freakish by Europeans in London and then Paris, where she was exhibited in a show for a fee by her South African master. Her master used her for his financial gain while making promises of financial gain and freedom. British abolitionists sought to win Baartman her freedom in court but the case was dismissed due to Sarah’s testimony. Baartman was later sold to a French animal trainer who took her to France and continued to exhibit her. Later after she had outlived hernusefulness as a frek show exhibit she was abandoned and turned to a life of prostitution. After her death, her body was dissected, and her skeleton and the parts that were unusual were put on display. To learn more of the Sarah Baartman story scroll to the bottom of this page for links to the movie and documentaty about her life.

The dehumanizing and fetishizing of the African body was repeated across the Atlantic on the slave plantations of the Caribbean and Americas. There African slaves were considered inferior and sub-human. These dehumanized bodies were useful only for the basest of things like fighting like dogs (for an example see the movie Django Unchained), breeding like cattle (see below) and serving the sexual needs of their masters.

The irony of this predicament is while the unfamiliar African body was dehumanized it was also fetishized as sexually exotic and desirable with European fashion seeking to replicate the shape. The African body its color, shape and the size of certain body parts have been embedded into western culture as a caricature of a real body. Yet it was also something to be desired and, when possible, used because of its exotic nature. While the African body was being dehumanized and fetishized it was also being clothed. Africans in Europe and the Americas were forced to adopt Europeans conventions and values as it related to clothes. The adoption of European clothing by Africans (slaves) was a matter of religious conviction of European and American social and religious convictions and African survival. It is this writer’s belief that some measure of the ambivalence of African Americans to participate in naturism and be clothes free is linked to this dichotomy of experience. Through the generations, as Africans lost touch with their roots and adopted more and more European social and religious customs, the tendency to avoid nudity except in sexual situations was embedded in collective unconscious and cultural values, and that continues even today.

A Poem For Sarah Baartman”
“I’ve come to take you home –home, remember the veld?
the lush green grass beneath the big oak trees
the air is cool there and the sun does not burn.

I have made your bed at the foot of the hill,
your blankets are covered in buchu and mint,
the proteas stand in yellow and white
and the water in the stream chuckle sing-songs
as it hobbles along over little stones.

I have come to wretch you away –
away from the poking eyes
of the man-made monster
who lives in the dark
with his clutches of imperialism
who dissects your body bit by bit
who likens your soul to that of Satan
and declares himself the ultimate god!

I have come to soothe your heavy heart
I offer my bosom to your weary soul
I will cover your face with the palms of my hands
I will run my lips over lines in your neck
I will feast my eyes on the beauty of you
and I will sing for you
for I have come to bring you peace.

I have come to take you home
where the ancient mountains shout your name.
I have made your bed at the foot of the hill,
your blankets are covered in buchu and mint,
the proteas stand in yellow and white –
I have come to take you home
where I will sing for you
for you have brought me peace.”
The writer of this beautiful poem is Diana Ferrus, of Khoisan descent just like Sarah Baartman. She wrote “A poem for Sarah Baartman” while studying in Utrecht, Holland, in 1998.

5 thoughts on “From sacred to profane The Hottentot Venus effect – Naturism,nudism and clothes free living African Americans and the clothes free community” 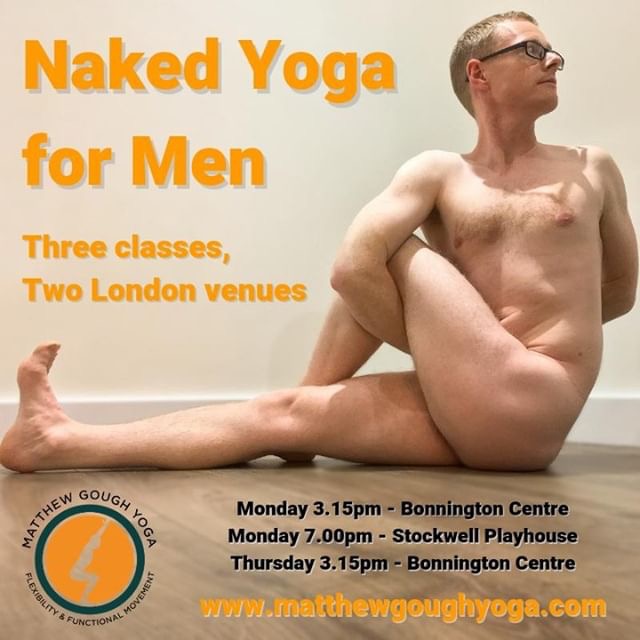 Women & Men of all shapes, sizes, colours, ages and physical abilities are welcome to attend.
Whether you are new to yoga or a long time yogi – you are welcome!

The studio is equipped with infrared heaters so you ...

More
Women & Men of all shapes, sizes, colours, ages and physical abilities are welcome to attend.
Whether you are new to yoga or a long time yogi – you are welcome!

The studio is equipped with infrared heaters so you will experience the pleasant feeling of warmth all over your body.